After reading von Mellinthin's Panzer Battles and Panzertruppen 2 by Jentz, I've always had an interest in the 11th Panzer division. It was a natural for me then to choose this unit to build my first FOW army. My force represents the 11th Panzer division during the difficult battles of the winter of 42/43 while serving with the 48th Panzer Corps.

After the conclusion of the War in the West and in preparation for Operation Barbarossa, the attack on , the German Army reorganized the Panzertruppen with the intent of expanding the number of panzer divisions. As part of the expansion plan, each existing panzer divisions surrendered one of its two panzer regiments and provide a cadre of officers to form the nucleus of a new division.

The 11th Panzer Division was organized in August 1940 from the 11th Independent Schutzen (Rifle) Brigade and 15th Panzer Regiment taken from the 5th Panzer Division. Other parts of the division were built from 4th, 311st, 209th and 231st Infantry Divisions. 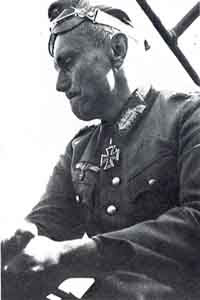 p South. Later, the division took part in the encirclement of , and then participated in Operation Typhoon, the failed drive on .

In 1942, the division would gain its fame and achieve its greatest successes with the promotion and arrival of Generalmajor Hermann Balck. F.W. von Mellenthin, author of the highly regarded book, Panzer Battles, served under Balck during this time and said of

Balck’s mantra and axiom of “night marches save blood” was put to the test during the Winter of 42/43. By December 1942, the German 6th Army was encircled at . Field Marshall von Manstein, Commander of Army Group Don, planned to break the siege at with the 4th Panzer Army with the 48th Panzer Korps in support. However, the Soviet 5th Tank Army heavily attacked and penetrated the lines along the , disrupting those plans. Acting as the Korps reserve, the 11th Panzer arrived from its bases, over 400 miles away, and stopped and eliminated the Soviet I Tank Corps penetration at State Farm Collective 79.

In a series of night marches and day battles from 8-15 December, sometimes marching and fighting eight straight days without respite, the 11th Panzer division cut-off penetrations along the Chir, destroyed bridgeheads and became the fire-brigade of Army Group Don. As always, Generalmajor Balck “lead from the front” and established the divisional headquarters close to the battlefield and near other frontline German units to enhance communication and coordinate their efforts. This was contrary to German tactical doctrine, which saw commanders establish their headquarters 20, 40 and sometimes 100 miles from the battle area.

On 15 December, the 11th Panzer Division, as part of the 48th Panzer Korps, was ordered to cross the in support of the 4th Panzer Army’s drive to . The Soviets had other ideas. On 17 December, the Soviets virtually annihilated the Italian 8th Army and threatened , which would have cut off Army Group A in the . Field Marshal von Manstein was forced to draw from the 4th Panzer Army to defend , thus sealing the fate of the German 6th Army at .

The order to cross the was cancelled and the 11th Panzer Division counter-attacked on 18 December at Nizhna Chirskaya. It then conducted another night march and attacked at dawn on 19 December at Nizhna Kalinovski. The benefits of Balck's

By the end of December 1942 and early January 1943, the division was down to 8 operational tanks, but in return was instrumental in the destruction of the Soviet 5th Tank Army. T 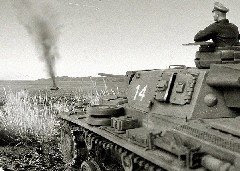 he deft counterattacks by 11th Panzer Division during the battles of the repeatedly exploited speed, surprise, and shock action to destroy or scatter numerically superior Soviet forces. The rolling steppes provided a nearly ideal battlefield for mobile warfare, and the tank-versus-tank engagements almost resembled clashes in the North African desert more than they did other battles in .

By spilling its blood and combat power, the 11th Panzer Division helped prevent the destruction of Army Group "A" and bought precious time for the arrival of the I SS Tank Corps, which von Mainstein used in his famous "back-hand blow" to retake Kharkov.

robinoc
I've been involved with miniature wargaming since Origins 1986, held at the LAX Hilton.